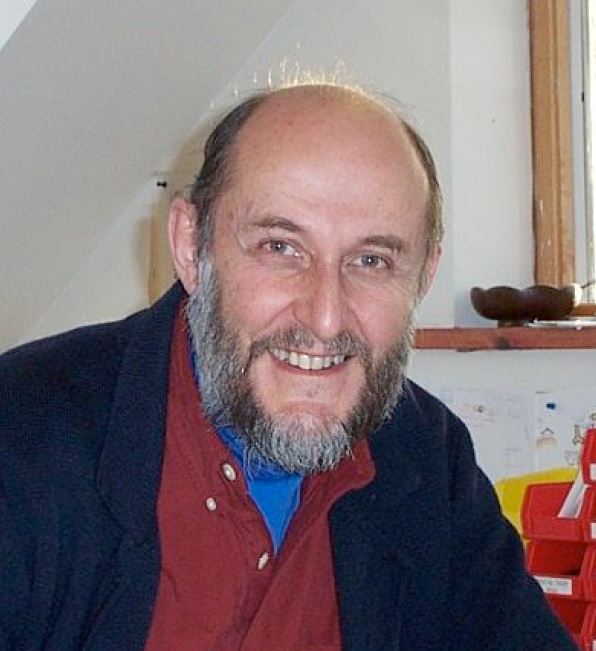 Bruce is an architect whose former firm, Coldham & Hartman Architects is located in Amherst. He graduated B.Arch in 1969 from University of Melbourne, completed the M.E.D. program at the Yale University School of Architecture in 1985, and since 1989 has been producing resource efficient, high performing buildings. Bruce was a member of the Town of Amherst Planning Board for seven years from 1995 and was the co-founding chair of the Town’s Comprehensive Planning Committee. In the early 1990’s he and others created the Pine Street Cohousing Community that abuts the NACF land, and is where he and his wife Mary Sayer still live.

Jackie Fiocchi relocated from Connecticut to Amherst in 2005. A graduate of UMass Amherst Stockbridge School her interests in animals, gardening, farming, and a healthy lifestyle have been the underlying inspirations in her life.  Jackie’s accomplishments as a dressmaker, mechanic, and carpenter, while seemingly unrelated to some, are in actuality all integrated into a level of craftsmanship not often achieved. Jackie’s support, in multiple roles, to her favorite educational institutions has been and is ongoing. She is delighted to be included as a member of the North Amherst Community Farm’s Board of Directors and looks forward to participating in the improvements to the farm’s building and grounds.

John Gerber is a Professor of Sustainable Food and Farming at the UMass Stockbridge School of Agriculture.   He teaches sustainable agriculture and related courses and advises students.  John and his wife Phyl live near the farm and are regular visitors to the farm store at Simple Gifts.  John has sponsored educational events over the years at the farm.  He has been an advocate for local food and farming and active in the Amherst community serving on several non-profit boards and town commissions.

Barbara moved to Amherst in 1972 to join the fledgling Linguistics Department at UMass, where she’s happily been ever since (an active emerita since 2004.) As a homeowner on Hobart Lane since 1978, she loves having the NACF land so nearby, and has been an NACF and SGF supporter from the very beginning. She joined the Board in Fall 2014, when she and her husband ended their 18 years of spending half of every year in Russia and settled down here year round.

Penny Pekow is research faculty in the School of Public Health and Health Sciences at the University of Massachusetts in Amherst, and Senior Biostatistician in the Center for Quality of Care Research at Baystate Medical Center in Springfield, MA. 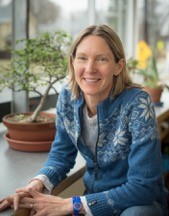 Laura Sayre is a freelance writer and translator with a longstanding personal and professional interest in organic and sustainable agriculture. She and her family moved to Amherst from France in 2016. They built and live in a net-zero house on land adjacent to Simple Gifts and NACF. Among other activities, she is a regular contributor the magazine Edible Pioneer Valley.

Past Board Members (partial listing)

We are grateful to the many past members of the Board of Directors who have contributed their time and expertise in support of the North Amherst Community Farm!

Laura Fitch
Laura Fitch is a principal with Kraus-Fitch Architects, Inc. in Amherst, Massachusetts and a 17-year resident of Pioneer Valley Cohousing in North Amherst. Laura specializes in energy-efficient building design for homes and communities. She lends her architectural expertise to assessing farm buildings and is a consultant to the Massachusetts Farm Bureau’s Farm Viability Program. Laura is also a board member of the Cohousing Association of US (CohoUS). She raises pigs, chicken, and lamb as a hobby and is a dedicated “locavore”!

Don Gallagher
Don has a long history of community work in the Pioneer Valley, including currently with Big Brothers, Big Sisters of Hampshire County. He is an accomplished musician and singer-songwriter. Don is a past NACF co-president.

Ruth Hazzard
Ruth Hazzard is a retired educator from UMass Extension where she served as Vegetable Extension Program leader and worked with vegetable farmers across the state for many years. She served as  chair of the Amherst Agricultural Commission for five years, was a founding member of the NACF board, and initiated the UMass Student Farm in the Stockbridge School of Agriculture. She is a close neighbor to NACF and the farm families of Simple Gifts Farm, and raises berries, asparagus, flowers, and those rare vegetables that are not included in Simple Gifts’ year-round offerings.

Patricia Holland
Patricia Holland is retired from her career as an editor of historical papers, including those of Elizabeth Cady Stanton and Susan B. Anthony. She has served on the Board of Trustees of the Jones Library, Amherst’s library system. She loves writing about the history of North Amherst.

David Kastor is a faculty member in the UMASS Physics Department. As well as carrying out research on Einstein’s theory of general relativity, David has taught courses on energy issues and weather, and served as advisor for students focused on sustainability in the BDIC Program. He has served on the Amherst Planning Board and is also a past co-president of NACF.

Rob Kusner
Rob Kusner is a mathematics professor at the University of Massachusetts, a former member of the Amherst Select Board, and current chair of the Norwottuck Rail Trail Advisory Committee for the Massachusetts Department of Conservation & Recreation. He’s been a long-time advocate for (and implementer of) environmentally friendly transportation and sustainable agriculture & sylvaculture. Rob is a past co-president of NACF.

Carl Mailer
Carl is a professional planner, master gardener and a past president of NACF.

Evan Shopper
Evan Shopper is a therapist in private practice. He has served on the Puffer’s Pond 2020 Committee which made recommendations for the use, restoration, beautification, and preservation of Puffer’s Pond and surrounding areas in North Amherst. The committee also studied various aspects of the pond itself, such as its capacity to meet conservation and recreation demands, ecological impacts from overuse, and water quality issues.

Claude is a retired financial analyst from the Canadian government. He moved to Amherst in 1997 and married Ruth Hazzard in 1998. He’s been active since in many nonprofit as board member, treasurer and other functions; with Sunray Meditation Society, Temenos Retreat Center, and the Mass-Cambodia Water Project. He has taught conflict resolution in CCI and AVP and serve on Amherst’s town committee on Affordable Housing and Community Development. He attends Mt Toby Friends Meeting and Hopping Tree Sangha.

Ted White
Ted White, has served on the NACF board of directors for 5 years. He is a geographer and documentary filmmaker who teaches film production at Keene State College and geography courses at UMass, Amherst. His current research, funded by the National Science Foundation, looks at Community Supported Agriculture as an economic model that may have the potential to transform businesses practices and business ethics in sectors beyond agriculture. His award-winning documentary films have been broadcast on PBS and have been screened widely. Subjects investigated in White’s films include: bicycling as a sustainable transport option and various aspects of urban sustainability and public participation. White’s website is: www.tedwhitegreenlight.com